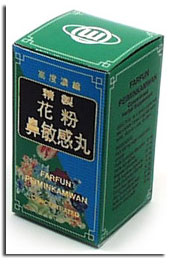 Rhinitis is a common disease
It can be classified into;

(1) Acute rhinitis – the disease is caused by common cold. At first, the pitultary membrane is dry, then oedema, secretions in the nose become watery. There is incessant sneezing. Later, secretions turn sticky. Pitultary membrane will return to normal until recovery period.

(2) Chronic rhinitis – there is intermittent rhinocleisis. The condition is eased after exercises or inhaling fresh air. After heavy work or drinking alcohol, rhinocleisis becomes serious. Sometimes, there is headache, sniveling, sticky semipermeable mucus.

(4) Atrophic rhinitis – it is very slow-developed, commonplace disease of the nose. The symptoms are that the pituitary membrane, nasal septum becomes atrophic. A scab is formed in the nose which causes the disease. It is frequent in female.

(5) Allegic rhinitis and rhinitis (hypersensitive) – it is a very commonplace disease of the nose. Rhinocieisis and sneezing are the common symptoms. There are a few cases when the eyes and the throat itch. In the morning, there may be headache, throat itching, difficulty in hearing, tears, fear of light, measles, bronchial asthma, migrains, etc.

(6) Chronic rhinitis Caseisa – the first stage inclues rhinocleisis in one nasal. The other nasal is also affected when comes the second stage. The patient also feels mild headache, increased mucus which has foul smell. The final stage makes the patient feel dizzy, headache, insomnia and loss of health.

Farfun Peiminkamwan Yin Kong counteracts allergy, relieves inflammation, expels pathogenic wind from the body surface. Farfun Peiminkamwan is based on a popular remedy and made from specific ingredients extracted from valuable and natural medicines by sophisticated processes. The results of years of clinical testing show that this preparation is remarkably effective in the treatment of various types of rehinallergosis and has no side effect.