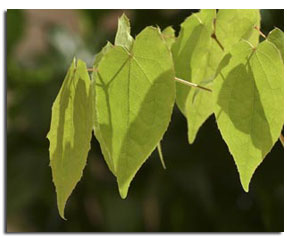 Botanical: Epimedium grandiflorum
Family:Berberidaceae (barberry)
Other common names: Horny Goat Weed, Yin Yang Huo, Fairy Wings, Bishop’s Hat, Barrenwort
For those who wish to improve their sex drive and performance, why not try Epimedium ? It has been used for two thousand years in China as a powerful aphrodisiac for both women and men and is said to be effective in promoting and maintaining normal sexual desire in both sexes, as well as supporting erectile function and promoting the increase of sperm production in men. The herb is also thought to be effective in reducing temporary fatigue, increasing energy and alleviating menopausal discomforts. The Chinese Academy of Sciences even recommends Epimedium to slow the ageing process.

Disclaimer
The information presented herein by Herbal Palace is intended for educational purposes only. These statements have not been evaluated by the FDA and are not intended to diagnose, cure, treat or prevent disease. Individual results may vary, and before using any supplements, it is always advisable to consult with your own health care provider.

History:
Epimedium is one of about twenty-five species of herbaceous flowering plants that is native to China and other parts of Asia (other species are native to Europe). The hardy, deciduous perennial grows as a leafy groundcover, most abundantly at higher altitudes, and bears four-petaled, purple, pink, yellow or white “spider-like” flowers that resemble a “Bishop’s Hat” (giving the plant one of its common names), and blooming in spring or early summer. Epimedium has a two-thousand-year-old history in China, where its medicinal properties were first recorded in 200 B.C. The Chinese regard this herb as one of the most effective aphrodisiacs for both men and women, and its use came about in a somewhat circuitous way (or so legend has it). Centuries ago, Chinese goat herders noticed incessant sexual behavior in his goats and observed that this activity seemed to be directly related to their diet. When the goats fed on this herb, the activity increased; hence, another common name, Horny Goat Weed, was christened, and it probably did not take too long thereafter for its use to be shifted to humans. In China, its name is translated as “the herb for the man who likes sex too much, like a goat.” In Chinese herbal medicine, Epimedium has also been used to treat kidney, joint, liver and back disorders, but its fame rests upon its aphrodisiacal qualities. Some of the constituents included in Epimedium are a variety of flavonoids, polysaccharides, lignins, sesquiterpenes, phenolic and penethylol glycosides, ionones, sterols and an alkaloid called magnaflorine.

Beneficial Uses: Epimedium is believed to be one of the most potent aphrodisiacs available for both men and women. The flavonoid content is said to promote the stimulation of sensory nerves, particularly in the genitals, and its use is said to support increased sexual arousal, as well as copulation activity and testosterone levels. Testosterone stimulates centers of the brain having to do with increased sexuality in both men and women, and in several studies that were conducted, it was demonstrated that Epimedium does, in fact, appear to enhance sexuality and quality of sex life and has been prescribed for women suffering from decreased sexual motivation. It was also claimed that it improved sexual performance in patients undergoing hemo-dialysis for renal failure. Although the exact way that Epimedium acts is not fully understood, it is thought that an enzyme called acetylcholinesterase supports high levels of the key cholinergic neurotransmitters that are associated with sexual arousal, and, certainly, the plant has been in use for centuries to restore sexual desire in both women and men.

With specific regard to male sexuality, Kee Chang Juang, Ph.D., Professor Emeritus of Pharmacology at the University of Louisville, Kentucky, claimed that in laboratory research, Epimedium appeared to have a sexual stimulatory effect on human males and may also stimulate the growth of the testes. In addition, it was also reported that men who took this herb showed a boost in erectile function and an increase in spermatozoa production. In the Chinese Materia Medica, pharmacist, You-Ping Shu, Ph.D., reported that in animal laboratory experiments, there was an increase in semen secretion.

Epimedium is said to be highly effective in treating bronchitis. Pharmacist, You-Ping Shu, Ph.D., reports in The Chinese Materia Medica that there is a 74.6% efficacy rate in clinical trials for treating this condition.

There are claims that Epimedium reduces fatigue, increases energy and stamina and revitalizes the body. Studies have shown that the herb helps to promote an increase in the body’s metabolic rate and may provide a temporary physical boost.

Epimedium is believed to be a tonic that improves the overall quality of life. The Chinese Academy of Sciences even recommends the regular use of Epimedium to slow the ageing process. There is also strong scientific evidence (in current research), which would support the traditional Chinese herbal use of Epimedium, claiming that it is helpful for heart, liver and osteopathic problems (particularly inflammation associated with the lower back and knees). There are also studies in progress, asserting that use of the herb may lower blood pressure by dilating capillaries and blood vessels, thereby increasing blood flow.

Because Epimedium is believed to promote normal hormone balance, it is believed to relieve both the temporary discomforts of menopause and also premenstrual syndrome (PMS).

Recommended Dosage:
Take two (2) capsules, one (1) to two (2) times each day with water at mealtimes.

Currently, there are no known warnings or contraindications with the use of Epimedium.